Laser Tag is not just great for corporate team building, but it is great for children’s parties as well. Every child loves a good run around and with laser tag offering safe and fun warfare, this is a favorite party activity for any family. Recently, we had a chance to re-experience laser tag with Tagteam at East Coast.  Conveniently located at East Coast Park, this has been one of the favorite party haunts of our family! 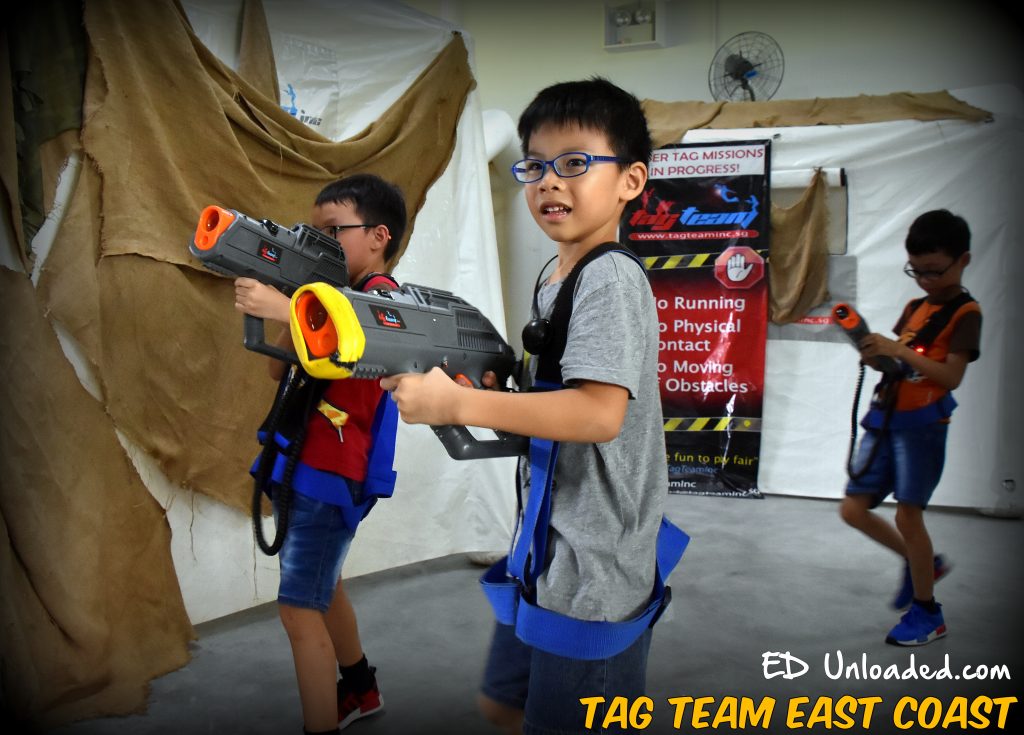 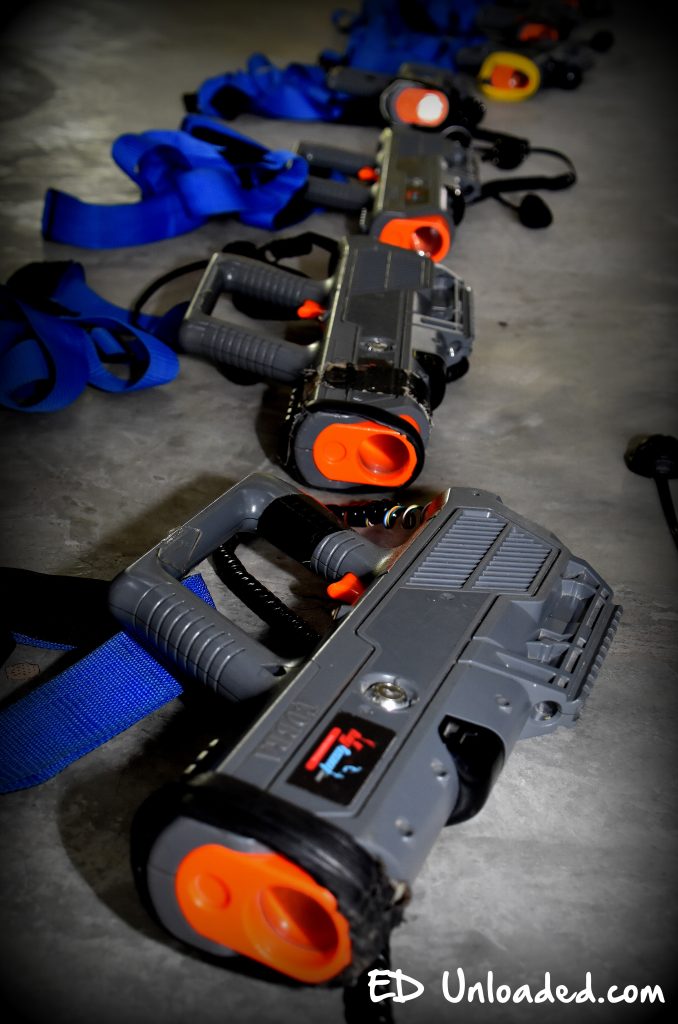 For the uninitiated, laser tag is a fun game of cat and mouse, where one is armed with a laser gun that simulates warfare. Don’t worry, there is no blood or pain involved! The gun emits lasers, where once an enemy module is hit, the laser pack vibrates and immobilises the user’s gun pack. In other words, one experiences the realism of combat without any injuries! Once you step into the arena, get ready to experience pure andrelaine and sweat, in a super fun way! 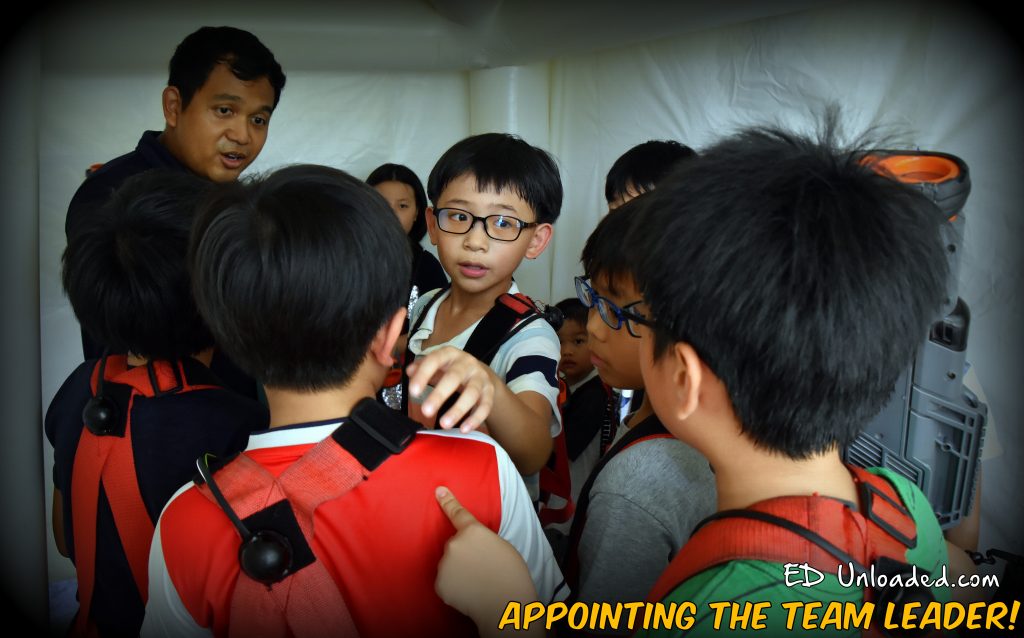 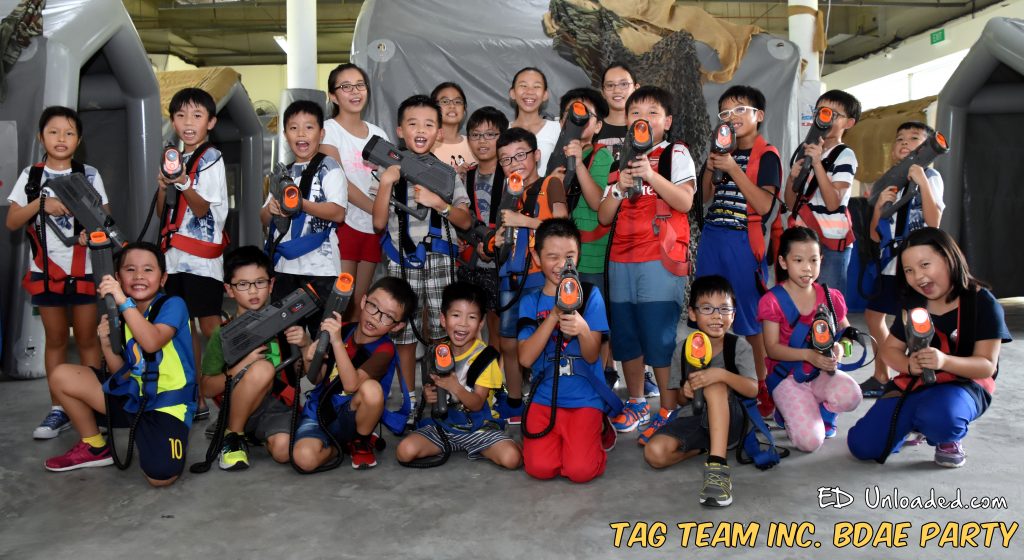 When I first introduced the game to my wife, she had lots of questions about how to get the module to work and whether the kids will catch on. Her fears were put to rest when she realised that every party or game comes with a gamemaster who explains the rules to the kids and referees the game as well. As Singaporeans can get quite competitive, the referee is actually quite an important person (Even more so, when the adults get into the ring :))

The obstacles that you see in the photos are actually inflatable obstacles. In the event of an accident, one is heartened to know that the arena is made safe for kids.

What is the Best Age for Laser Tag?

One is never too young to start at Laser Tag. My kids starting playing laser tag when they were 4-5 years. However, they only grew proficient when they started going to primary school. My nephew pictured in the picture below is 4 years old and although he was playing with the bigger boys, his enthusiasm was not dampened, as he rose to fight the goliaths in the ring. 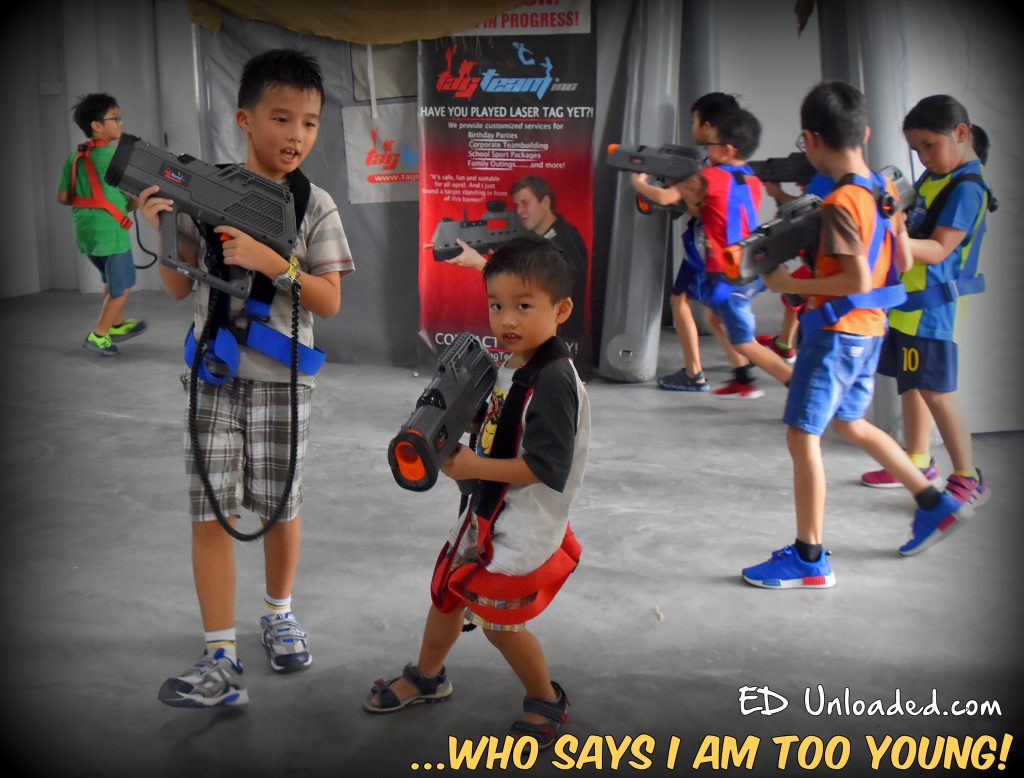 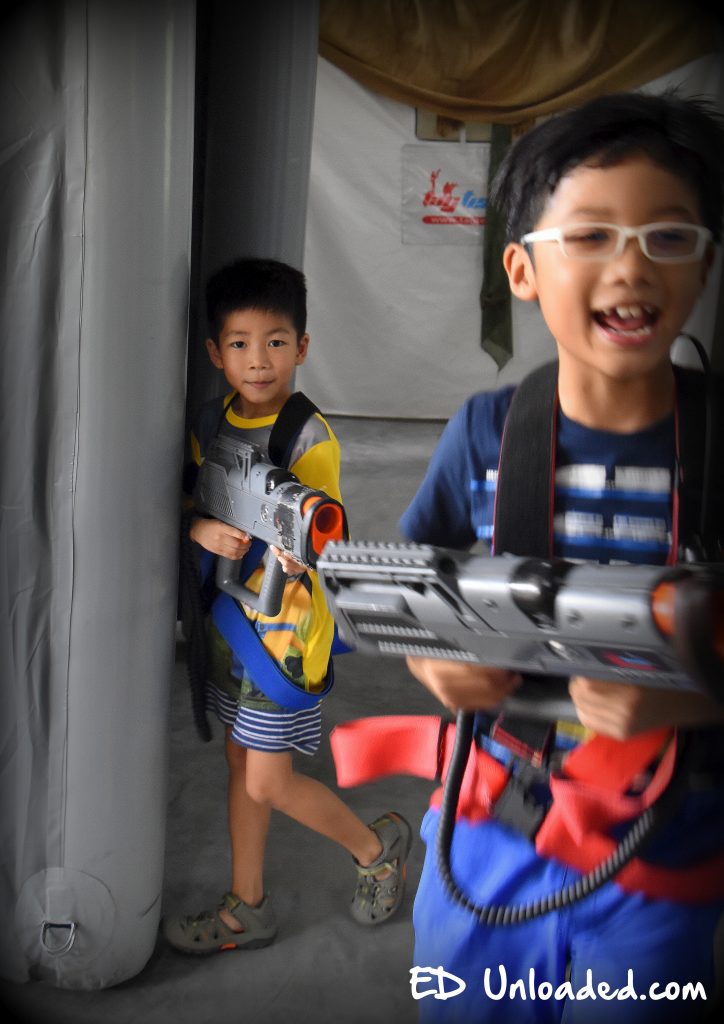 I think I will let the photos speak for themselves. My Girls are actually quite “girl-ly”, but they love everything about laser tag.  In fact, all the girls held their own in the arena and they are acutally little G.I Janes in disguise! OORAH! 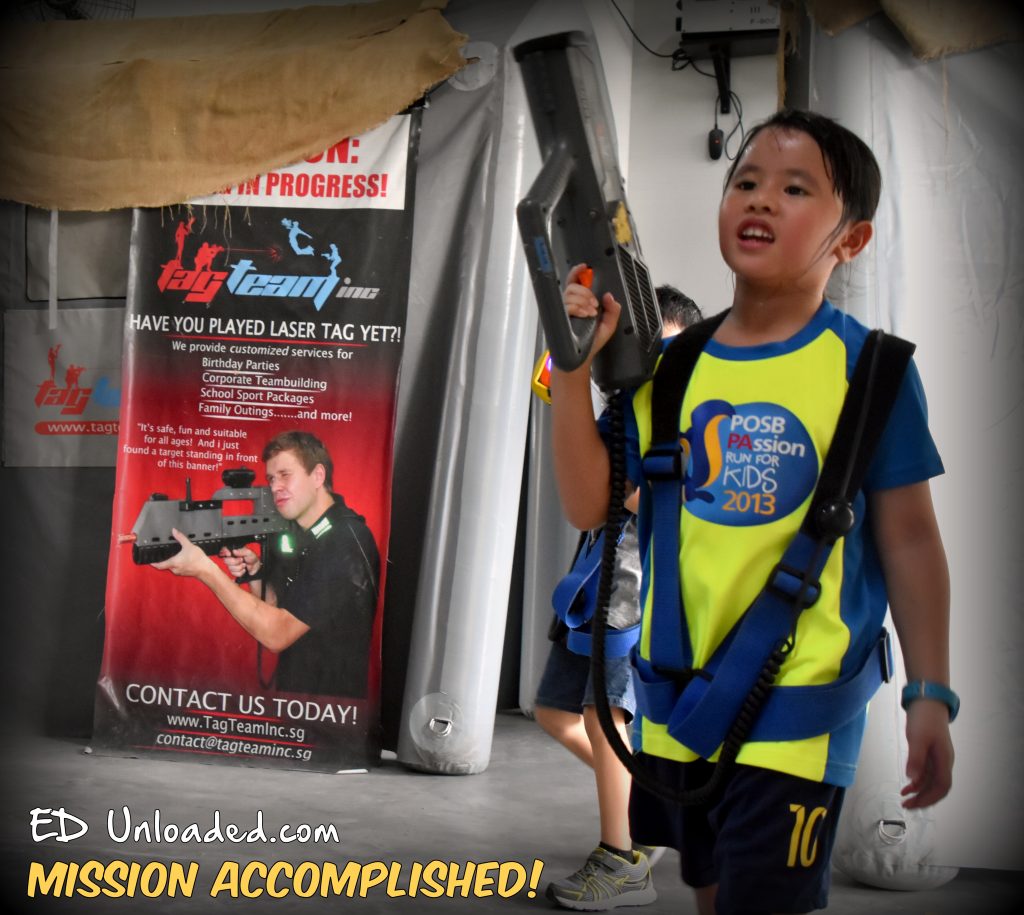 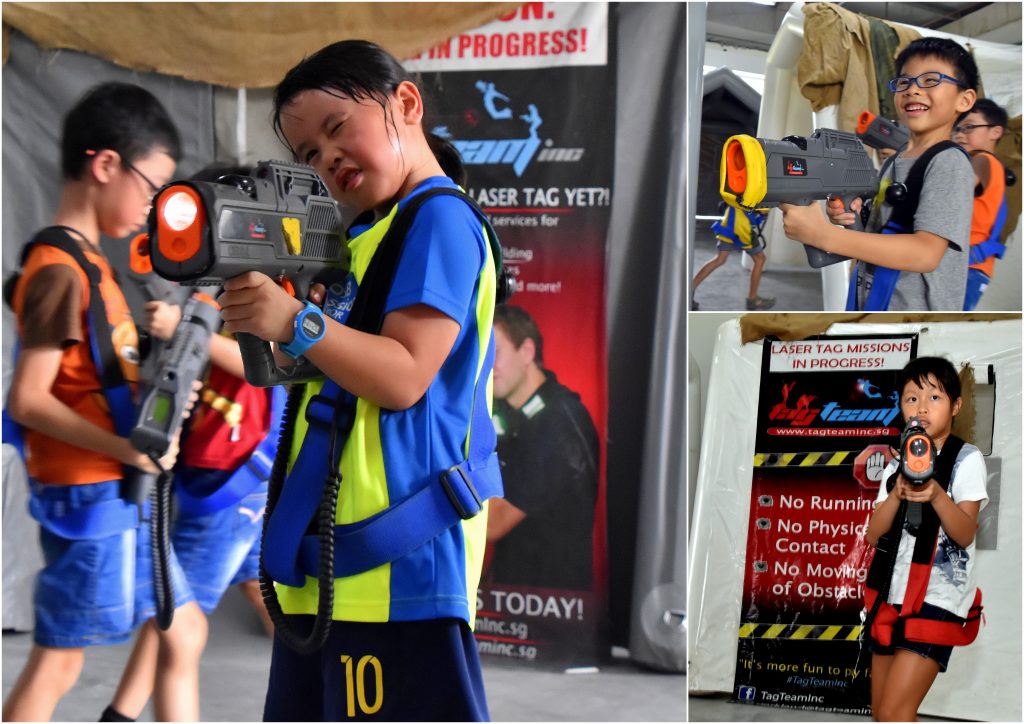 How long is Game Play?

One Laser tag game will last about 15 minutes. After each game, the scores are reported and there will be lots of cheers and “dapes” once the Winners are announced.  Scores are computerised so one can check out his or her own score at the end of each session.

In case you are wondering, 15 minutes is a good duration, as close combat is always very tiring. Kids and adults will appreciate the half-time break, as they can a chance to discuss  strategy and replay the highlights of each game. Check out the half-time discussion in the photos below: 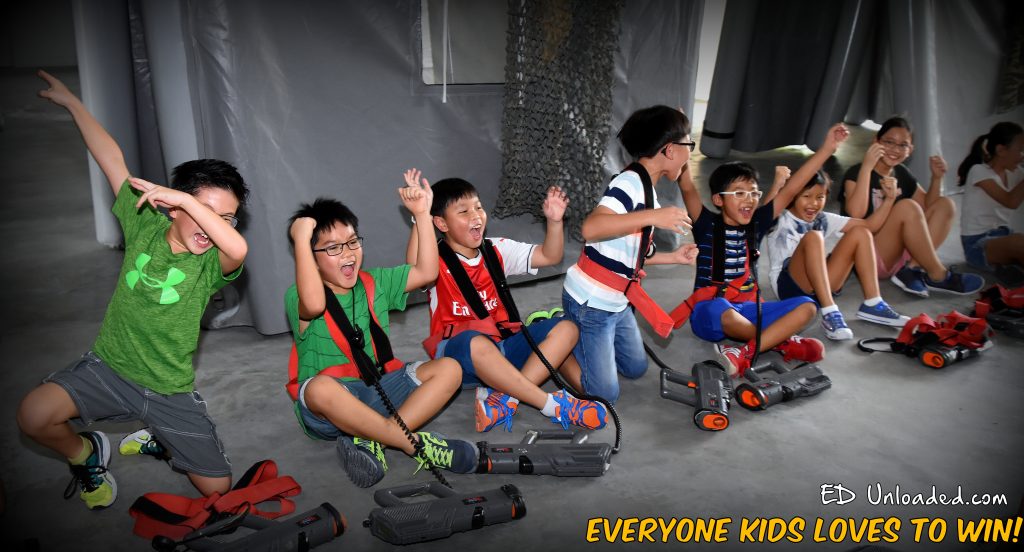 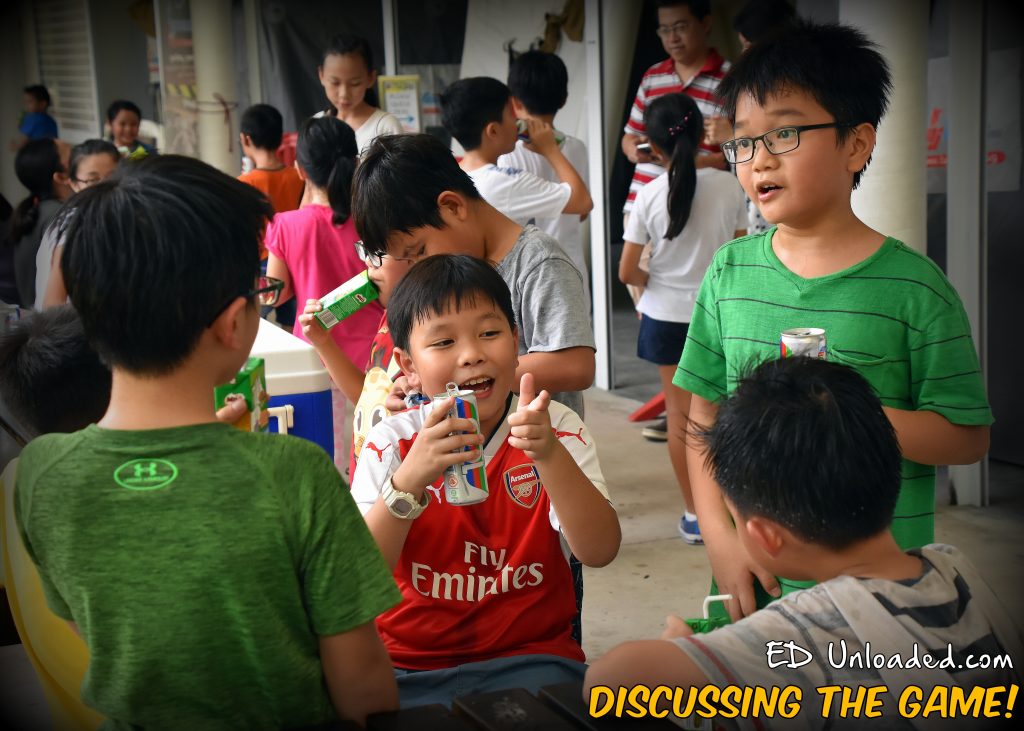 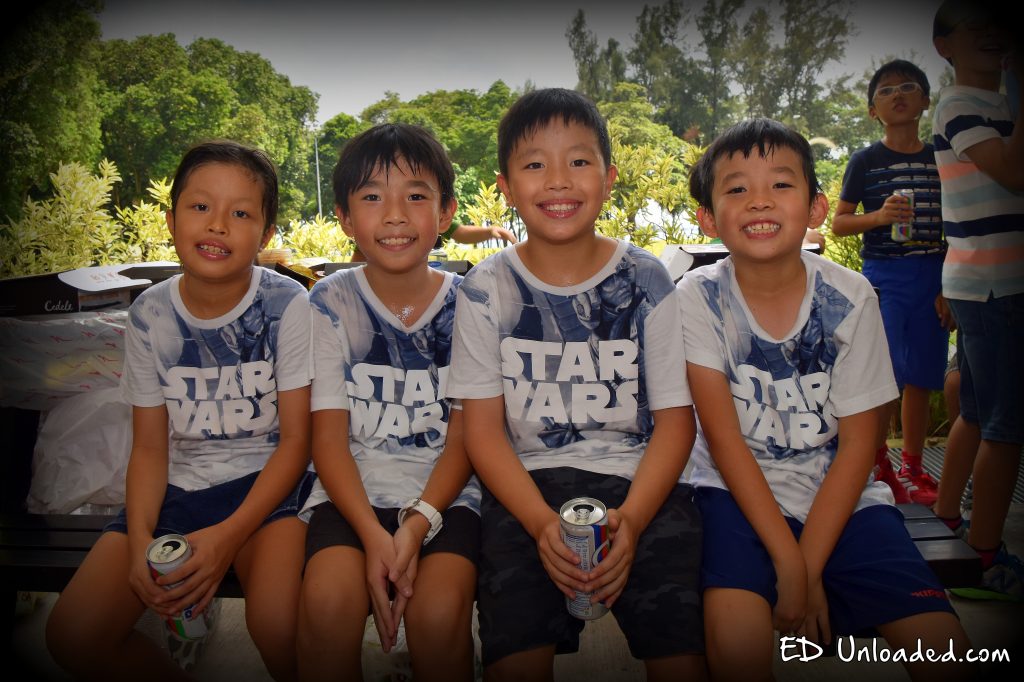 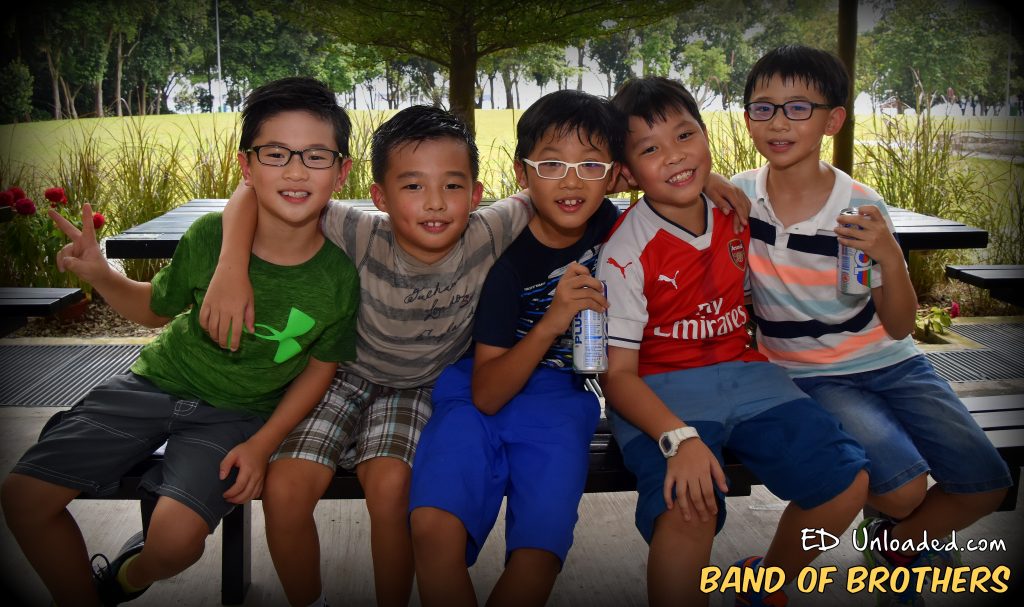 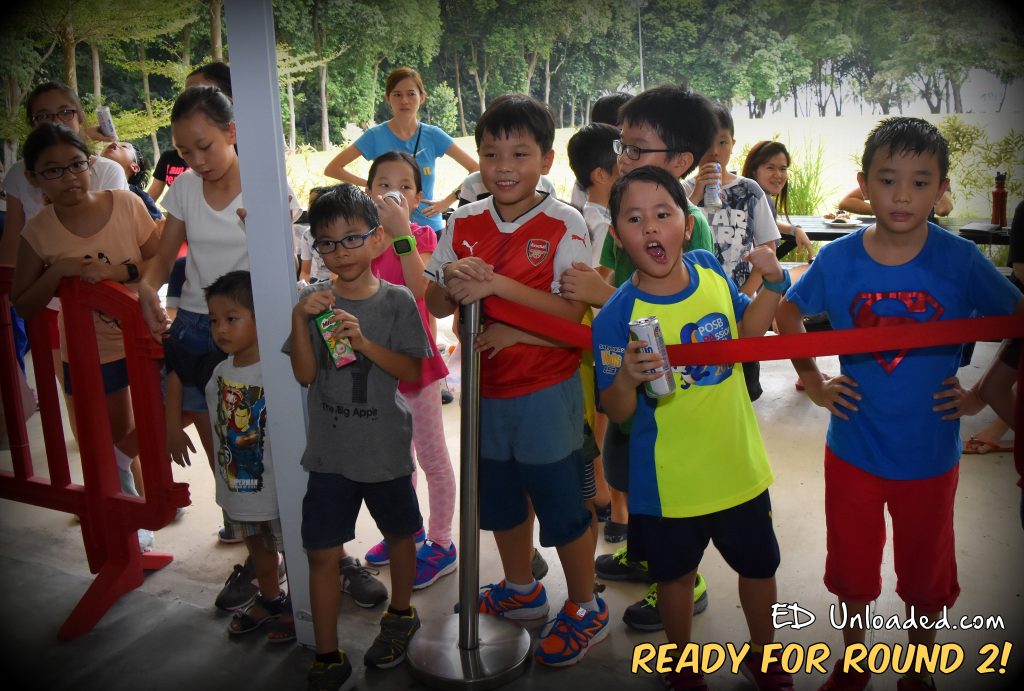 For variations to the normal shoot-out game, one can experience other kinds of games at Tagteam Inc. 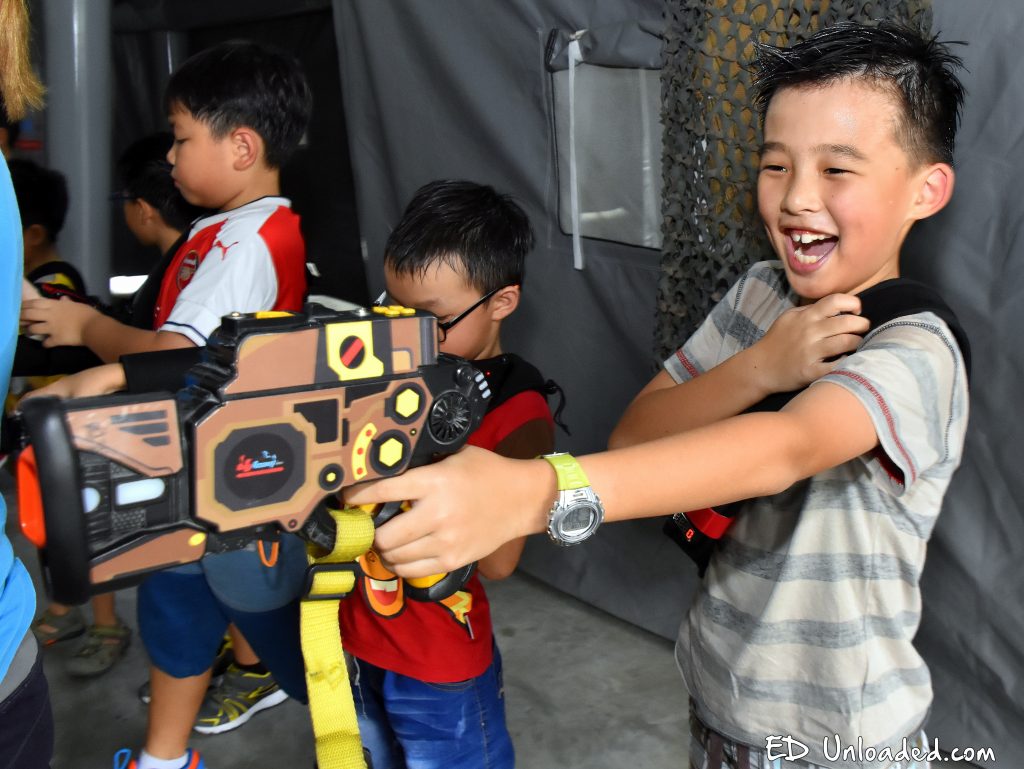 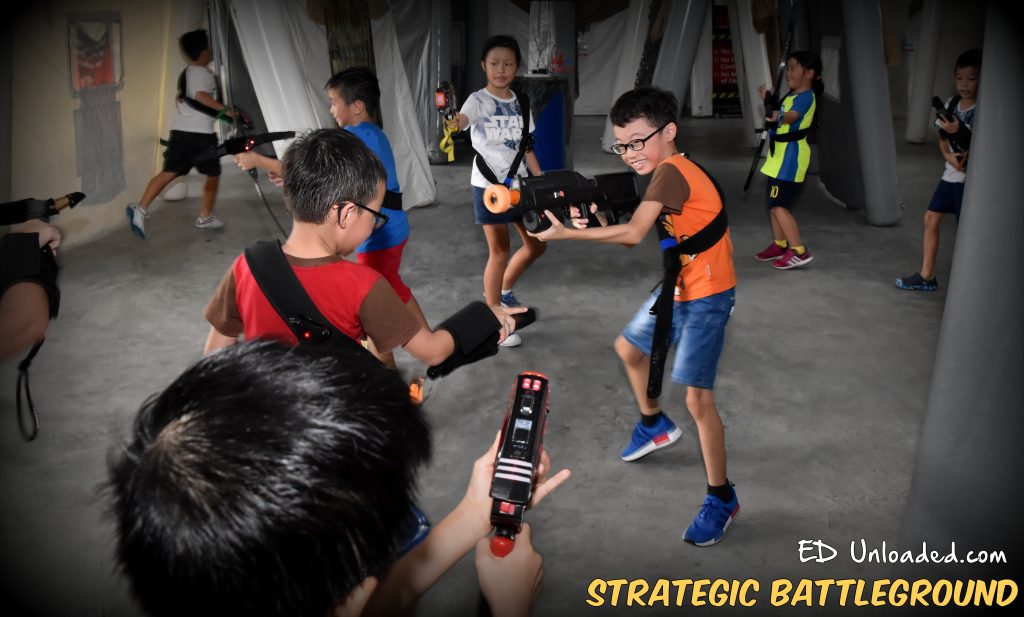 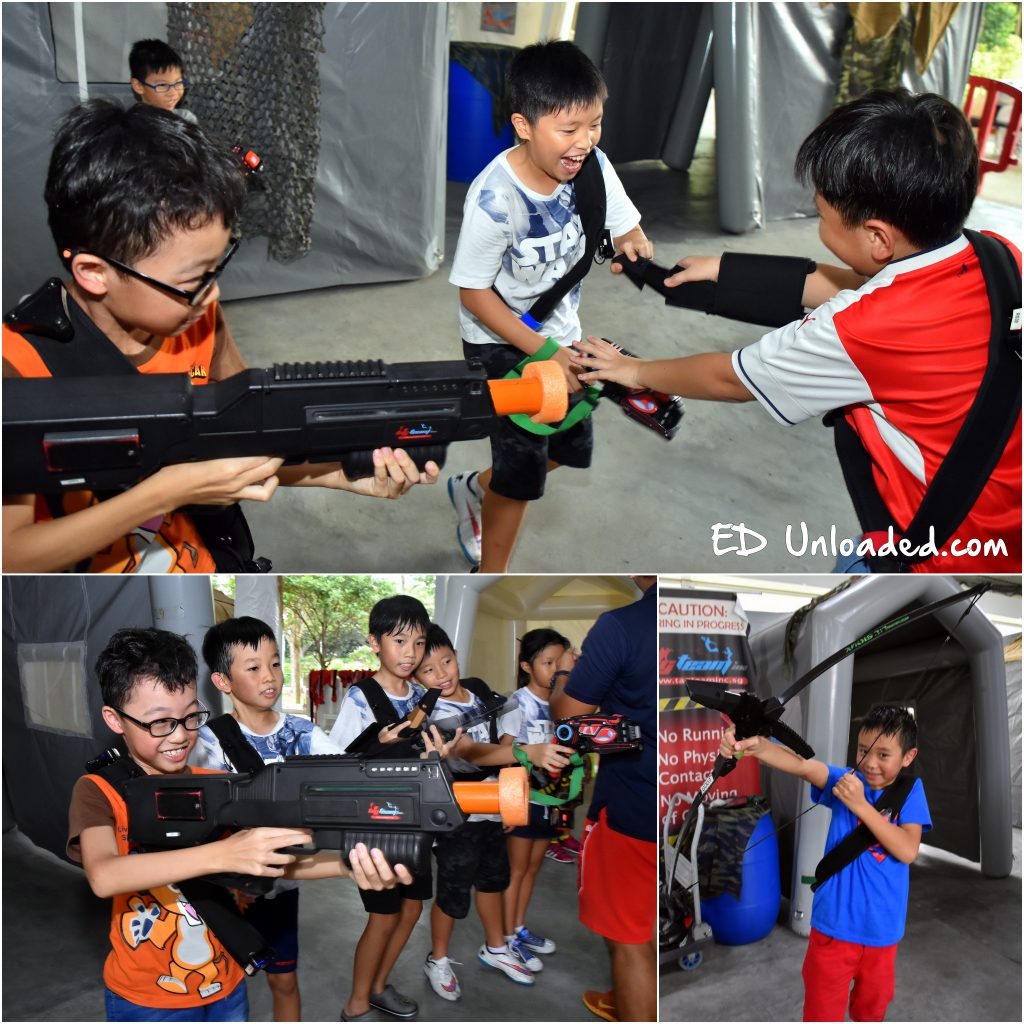 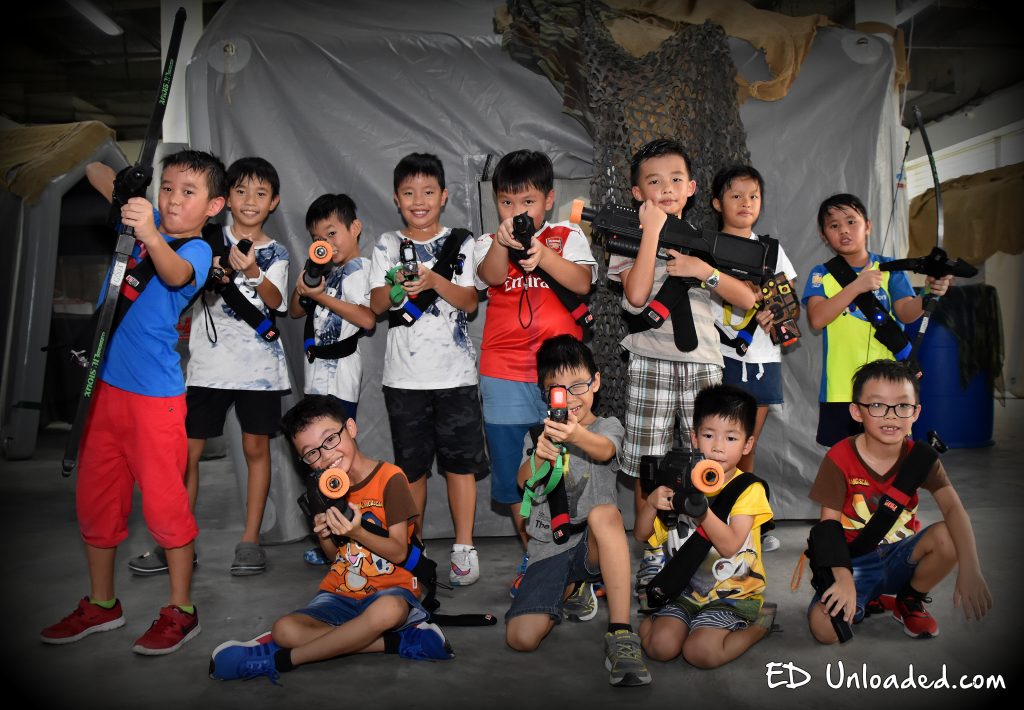 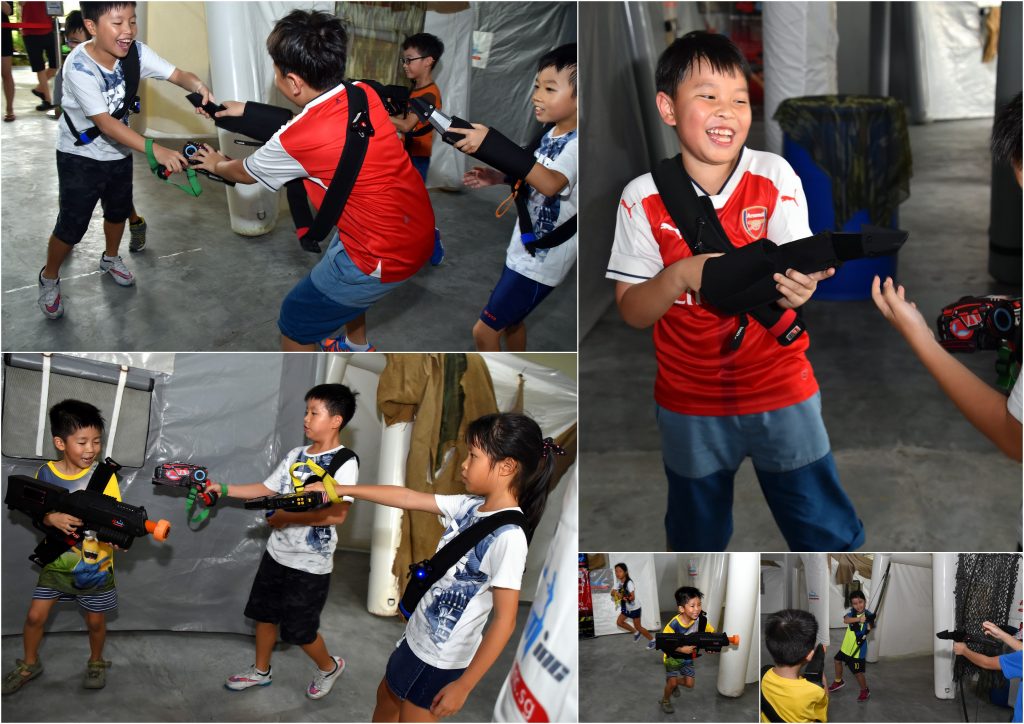 Is the Arena Air-Conditioned

Tag Team Inc East Coast has a mystery room which offers players the chance to play laser Tag in an air-conditioned arena. Yes! The larger arena is a sheltered outdoor playground, so some customers might prefer the air-conditioned comfort of a cooler arena.

Game Play can happen differently in this room where teams can fight against a virtual ninja. However, the arena is smaller in the mystery room, so one does need to decide which arena is better suited for your party. 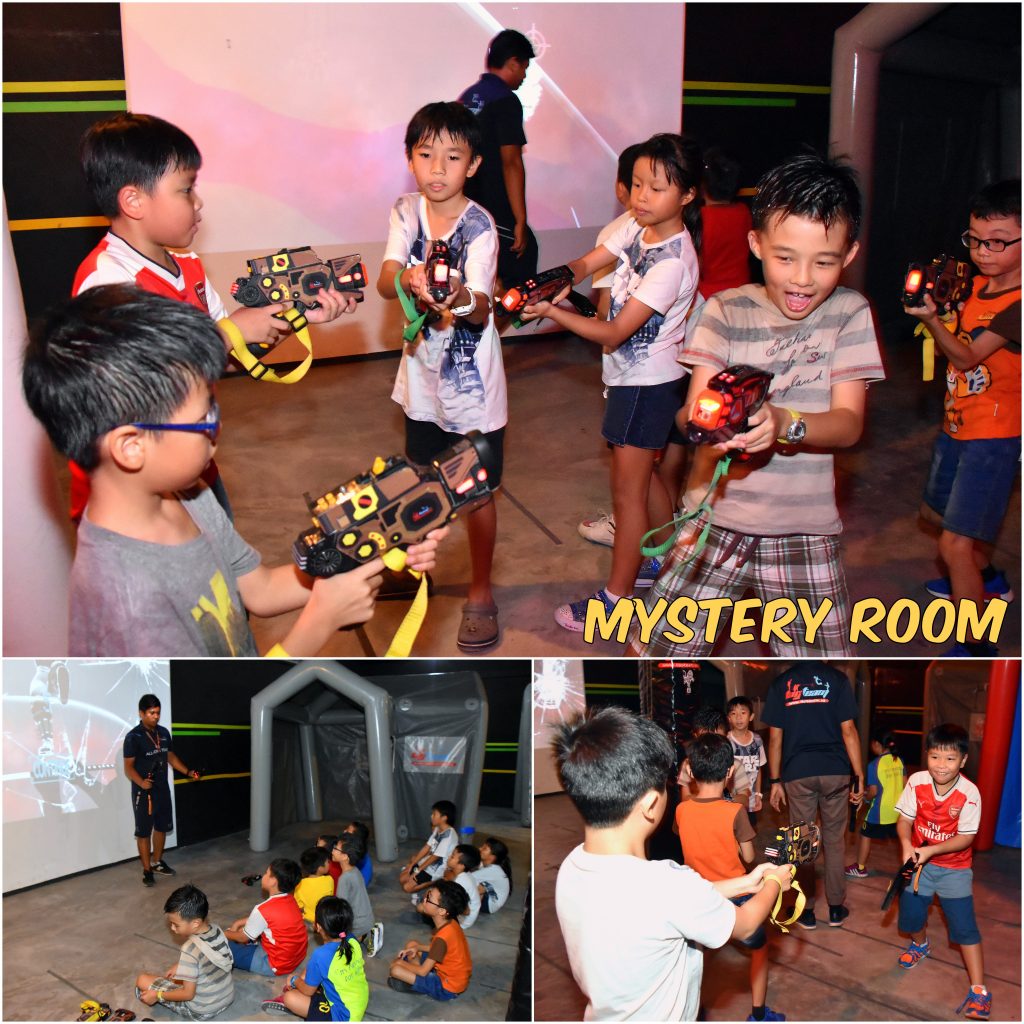 I used to frequent laser tag arenas when I was in the University. Therefore, one can roughly tell that I love the pure adrenaline of running around and trying to eliminate your opponents.

My children love the game as well! In fact, they love the game so much that this is not their first time having a laser tag party. Every kid loves a good “Shoot-em-up”  which involves running around with their friends. Laser Tag fulfils every criteria of an interactive game which is fun for kids and also encourages team-building for adults. It is a no-brainer and that is why many companies play this game as a corporate team building event. 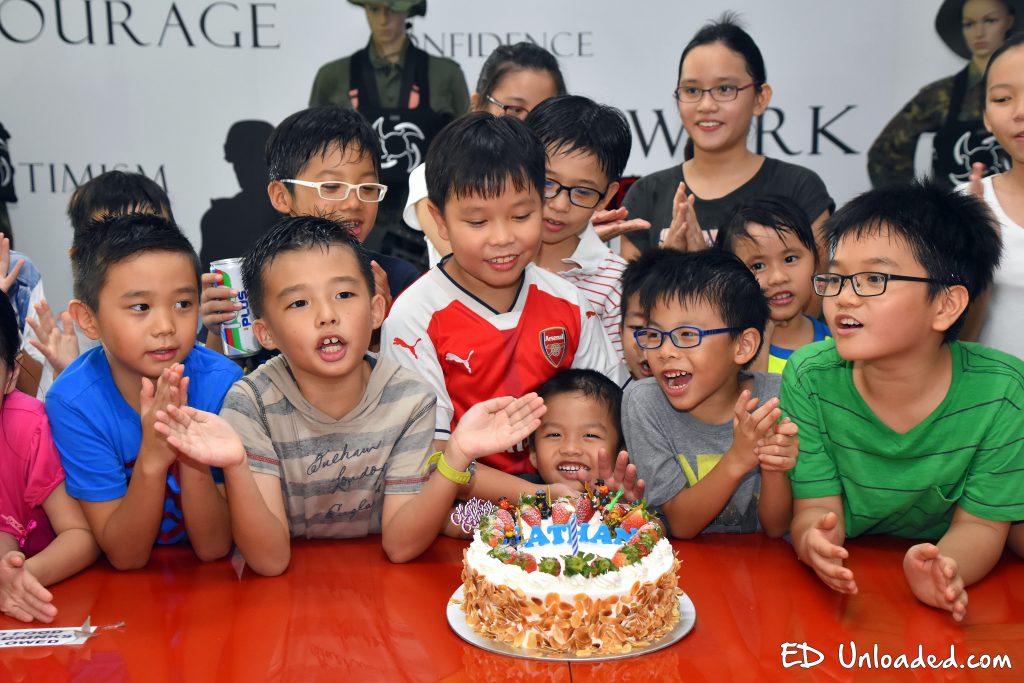 For birthday Parties, Tag Team East Coast has lots of park benches which one can utilise to host their parties.  With no need to order any expensive catering or pay for any additional rentals, one can just order pizza and have a simple no-frills party with all the necessary fun of a memorable party.

My kids love Laser Tag and the team at Tag Team has always made the parties fun!

Click Tag Team Inc. if you want to find out more! 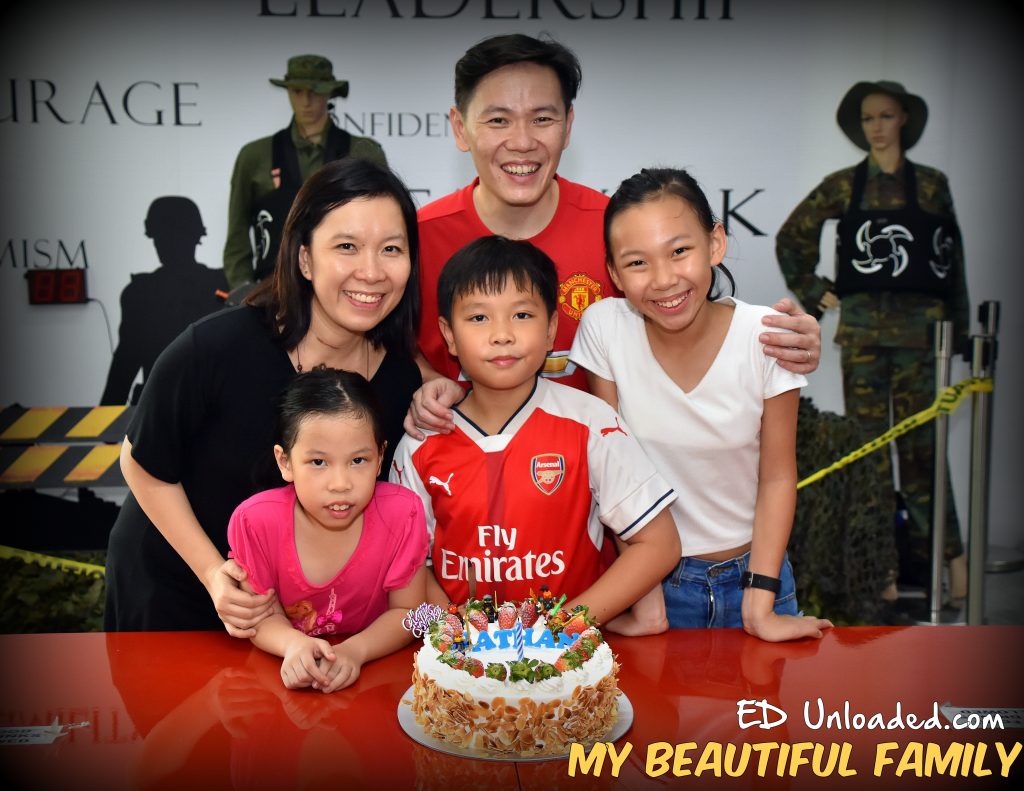 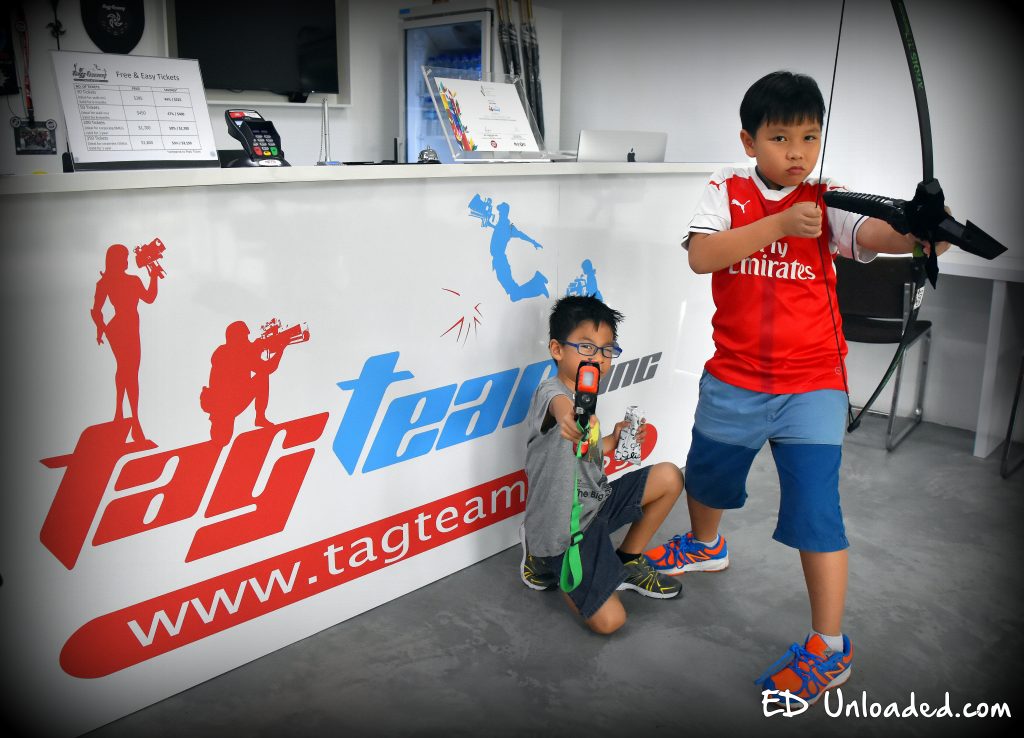