If you grew up with Disney’s Aladdin, you will love Aladdin the Musical. Imagine the same songs, comic moments and romantic elements thrown into a 2.5 hour musical extravaganza… Yes! you will simply love this musical! Here are our Top 3 reasons to Catch Aladdin the Musical according to my family! 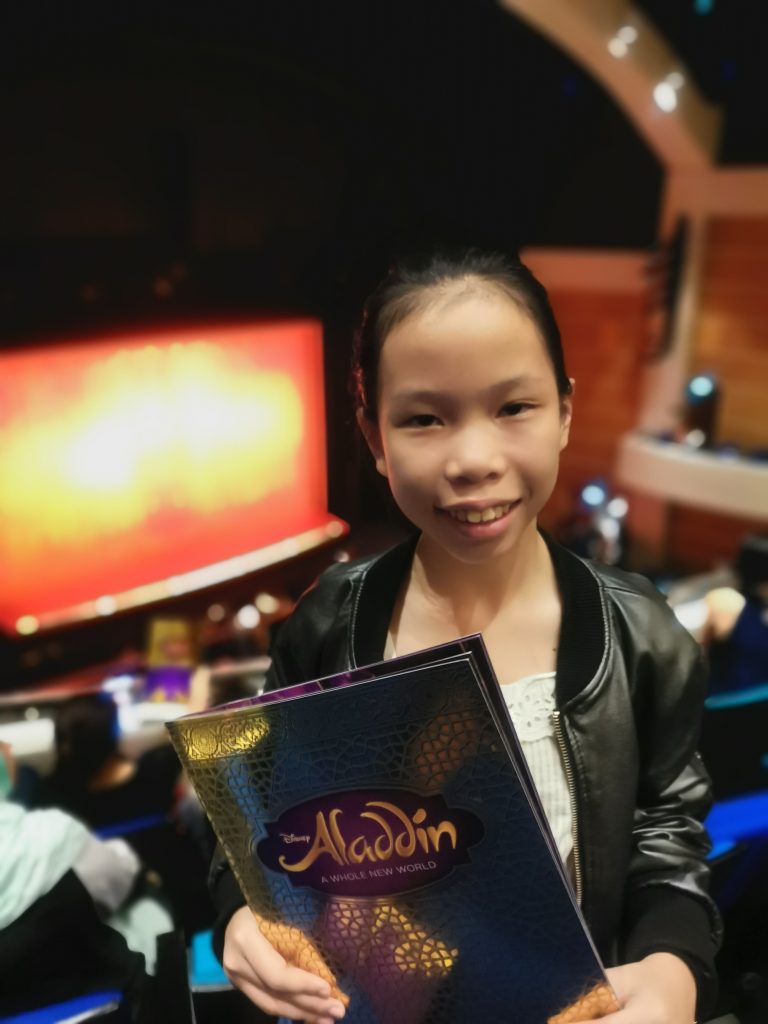 Remember the Magic Carpet ride and the song “A Whole New world”. Just hearing the song again will get your vocal chords going. If there were fewer people around me, I would have been belting out this number as one gets a  fantastic point of view (pun intended) watching this musical.

Together with the other famous songs such as “Friend like me”, “Arabian Nights” and “Prince Ali”, the songs are a definite highlight of the production. 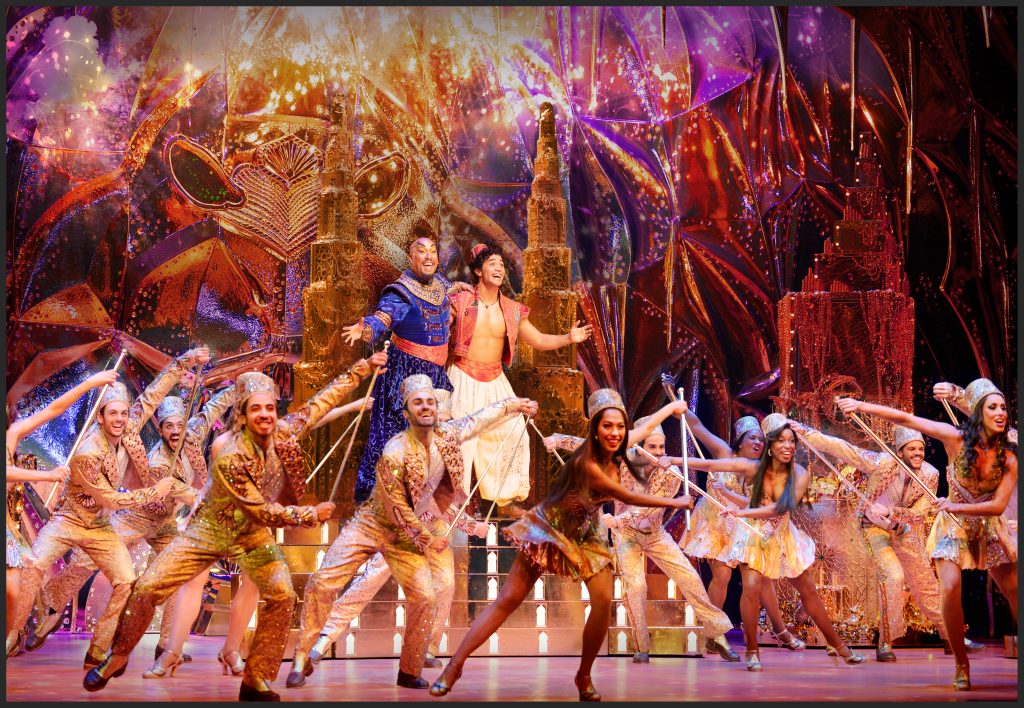 Filled with intrigue, wit, comedy and romance, the production has everything that you will need for a great outing! And needless to say Aladdin the Musical does not disappoint. Fresh from the recent Hollywood production of Aladdin, my kids had no problems relating the story although they caught the cartoon a long time ago.

I loved the fact the the musical tackled issues such as honesty and being true to oneself. Aladdin was clouded in his judgement when fame, fortune and love was on the line. But yet, he found the courage to step up to the plate and be himself. The simple street rat with a heart of gold!

The Genie is simply a Ge..nius! With his quick wit, LOL lines and teamed together with the crafty and yet “honest” Aladdin, audiences will simply be at the edge of ones seats as they journey together with the cast on this Arabian adventure.

One of the best scenes of the night was when Aladdin found the lamp in the cave and when the genie made his grand entrance.  I was simply memorized with the bright costumes, tap dancing and the comic timing of Aladdin and the Genie. Frankly, I have never heard a Singapore audience roar with such approval and spontaneity that for a brief moment, I felt like was watching the musical in Broadway. 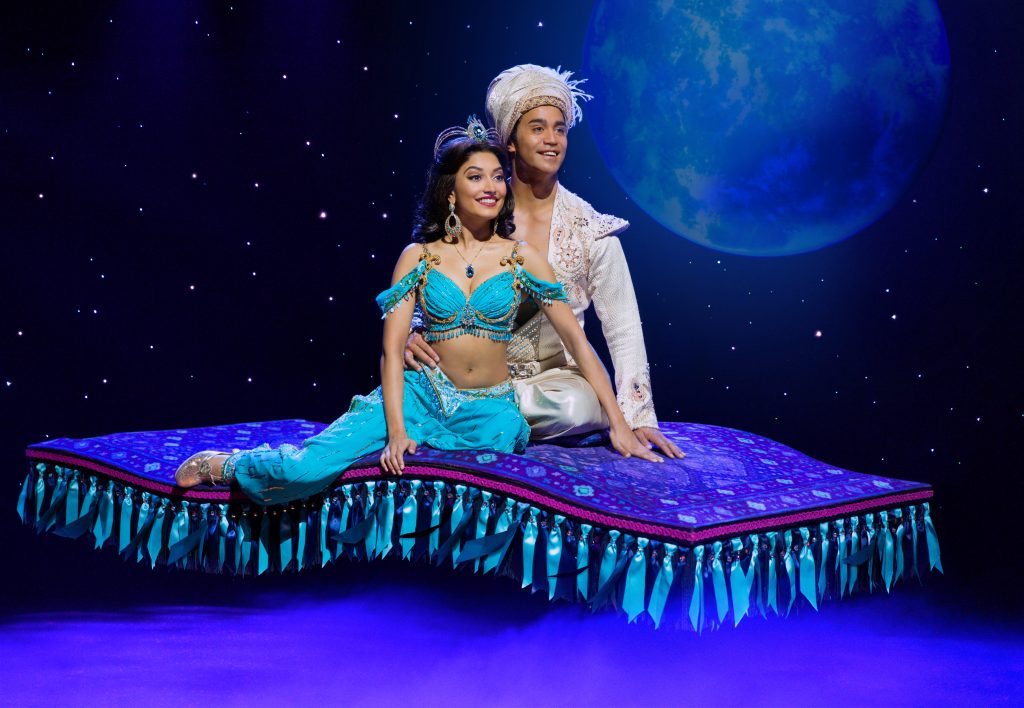 Another timeless scene will be the magic carpet ride. Watching the carpet take flight on stage made the audience go “Ohh” and “Wahh”, and in one brief word… it was simply magical! With Princess Jasmine jumping off the balcony and making a declaration to trust Aladdin, this leap of carefree faith breathed the romantic essence of love into the whole musical. We were captivated!

Is Aladdin suitable for my kids?

Yes! There were lots of kids watching the musical together with me and many of them dressed up as well! If you can’t afford the stall seats, here are some tips. 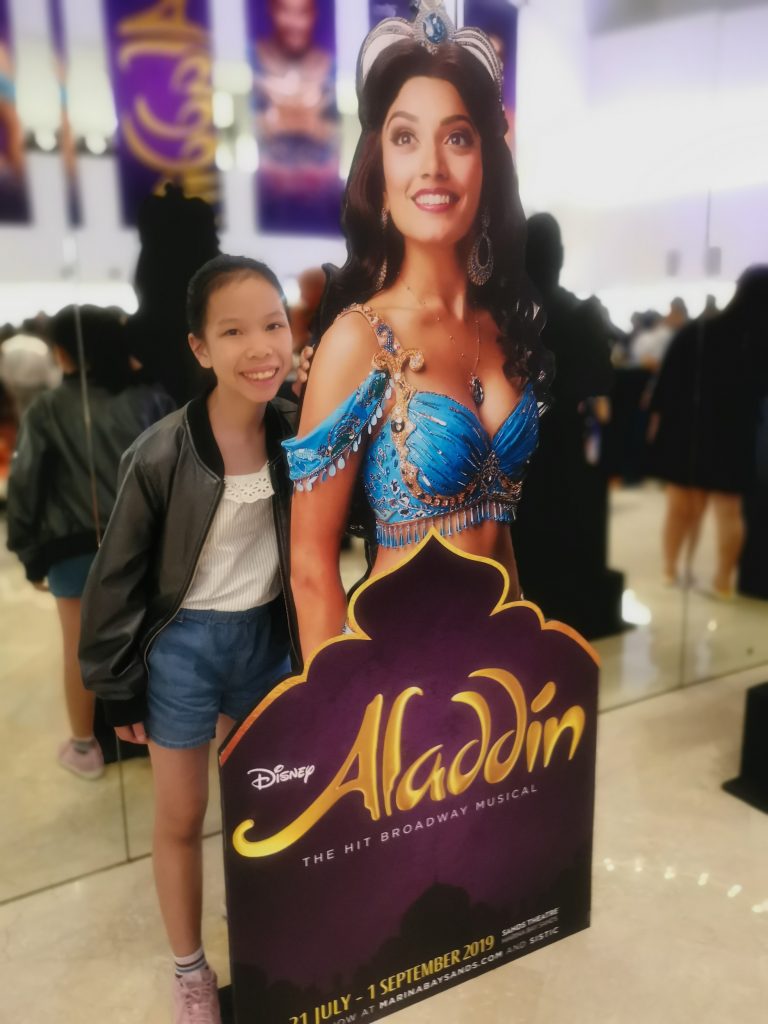 I watched the musical from the circle seats and here are my two cents. It was still good, watching the production from up there, but do go for the circle seats on the first half of the hall. The second half of seats upstairs are just a bit too far, and I think you might need a pair of binoculars to fully appreciate the musical from that angle. Obstructed seats are also a good option, as they are generally closer to the action.

Tickets from $68*
*Excludes booking fee of $4 per ticket.